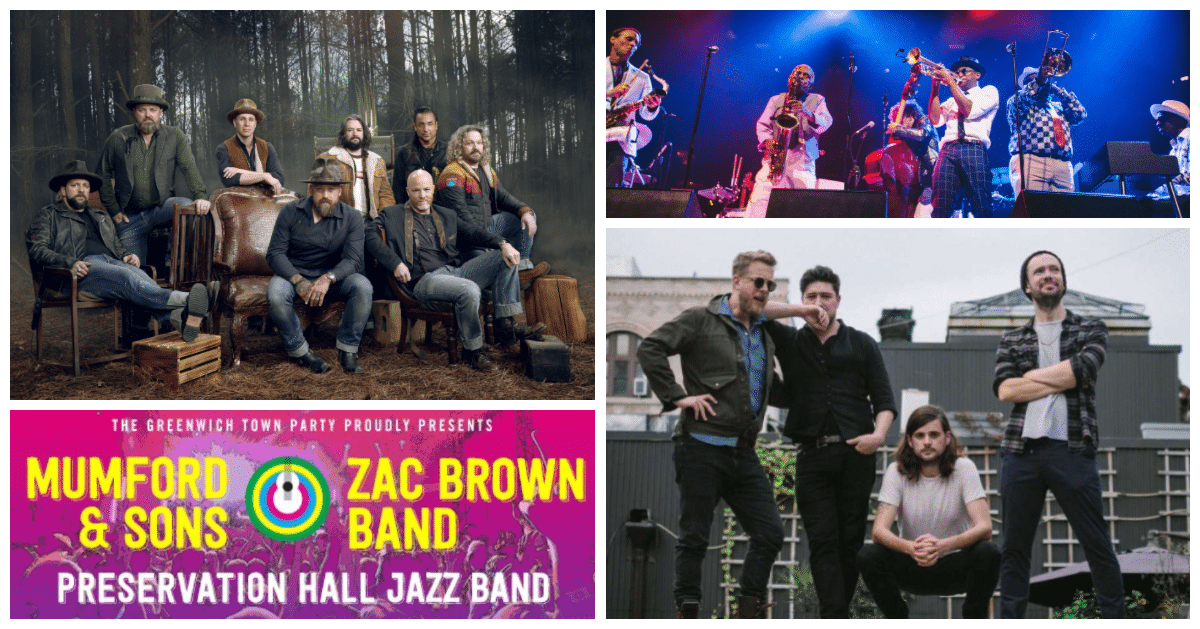 The Greenwich Town Party announced that Grammy Award-winning bands Mumford & Sons and Zac Brown Band will co-headline the 10th anniversary event, along with New Orleans-based Preservation Hall Jazz Band bringing their high-octane brand of funk to the stage in 2020.

Celebrating a decade of community spirit and town pride, this volunteer-supported event will once again kick off Memorial Day Weekend on Saturday, May 23 with live music, local food favorites, and family fun.

“We are incredibly grateful to the community for embracing this unique event and so generously supporting it. It is what has allowed us to make it happen year after year,” said Ray Rivers, GTP Co-President. “We are all so lucky and blessed to call Greenwich home. At GTP 2020, we’ll gather once again to party, eat, sing, and dance together with positive vibes that are truly contagious. We have worked hard to create a strong tradition that has really resonated with our community, and that is amazingly gratifying,” continued Rivers. “People look forward to it every year, and we hope to see it continue for many more decades to come.”

“Some of the greatest legends in music history, along with the most exciting newcomers on the scene, have graced our stages,” added Rivers. “It seems we have found a winning combination. We come together, along the beautiful harbor setting, with dynamic music and, most importantly, our unrivaled community.”

Few folk-rock bands over the past decade have made quite the same impact as Mumford & Sons. Their music features both intimate, joyous folk tunes written in the bars of London, as well as eclectic indie rock that has gained millions of fans worldwide. They burst onto the music scene with their debut single, “Little Lion Man” from their 2009 debut album, Sigh No More, which hit number two on the UK Albums Chart and number two on the Billboard 200 in the United States. Their 2012 single “I Will Wait,” helped their second album, Babel, reach number one. Babel also won a Grammy Award for the 2012 Album of the Year and held the record as fastest-selling album for three years.

In addition to making music, Mumford & Sons is committed to making a social impact. The live promotions company founded by the band in 2009 and titled Gentleman of the Road, organized a global series of Stopover Festivals that added towns and villages to its list of venues in an effort to bring money to and boost local businesses in those areas. Now, four albums in, and with awards and countless landmark moments, Mumford & Sons’ live shows still exude the raw power and joyous harmony of four men belting folk and indie-rock tunes written in the bars of West London to millions of fans around the world.

Known as one of the most dynamic, live and studio acts around today, Zac Brown Band is a multi-platinum, Grammy Award-winning group marked by strong musicianship and a creative range that defies genre boundaries. The New York Times d escribed the band’s work as “a huge amalgam of soft rock, country-rock, hard rock, heavyish metal, big band music, bluegrass and, yes, a touch of electronic music,” in their official review of the band’s album Jekyll + Hyde.

Preservation Hall Jazz Band has held the torch of New Orleans music aloft for more than 50 years. At a moment when musical streams are crossing with unprecedented frequency, it’s crucial to remember that throughout its history, New Orleans has been the point at which sounds and cultures from around the world converge, mingle, and resurface transformed.

Released earlier this year, “A Tuba to Cuba”, the soundtrack to the critically acclaimed documentary film chronicling band leader Ben Jaffe and Preservation Hall Jazz Band’s pilgrimage to Cuba, shares the true power and ability of music to cross over the language barrier and connect us through rhythms which run through us all. Inspired by Jaffe’s late father’s dream of retracing the cultural and musical heritage that would give birth to New Orleans jazz, “A Tuba to Cuba” fills the screen with energy, elation, and inspiration, reminding us that everyone has a story to tell or a musical style to lay claim to, and a tradition to illuminate.

Generous GTP Sponsor contributions support 80 percent of the party and allow those who may not otherwise be able to attend get significantly discounted tickets and support the sustainability of the event. The sponsor commitment for corporations and individuals offers unlimited access to the Sponsor Tent with catered food and beverages throughout the day and evening, and premier parking in the Island Beach Lot located directly across from Roger Sherman Baldwin Park. All sponsor levels are available at: https://greenwichtownparty.org/tickets-2020/.

Greenwich Town Party tickets may only be purchased by those who live or work in Greenwich.

Neighbor tickets provide access to Houlihan Lawrence Neighborhood Area with wine, beer and catered food, as well as designated parking. These tickets are available now at

From July 12 through September 6, Greenwich residents and employees were given the chance to enter an application for the GTP 2019 online ticket lottery. All applications were entered into the ticket lottery equally through the GTP website; no preference was given to date and time of application submission within the open period. All ticket applications were randomly sorted and lottery winners were verified for Greenwich residency, employment or academic enrollment before they were contacted via email. These winners then had the opportunity to purchase tickets within a two-week window.

A popular tradition of the GTP is the Town Stage, which will feature six local bands to round out the day’s performances. Created to celebrate the diverse and abundant talent within the Greenwich community, the Town Stage band application is open to Greenwich residents of all ages, backgrounds and skill levels. Musicians and artists may apply before March 2 at:greenwichtownparty.org/participate/

About the Greenwich Town Party

Sponsored by the Greenwich Town Party, Inc., a non-profit organization qualifying as a public charity under section 501(c)(3) of the Internal Revenue Code, the party is a volunteer-supported community event. The GTP is created entirely by the people of Greenwich, for the people of Greenwich. Sponsorships and substantial donations from town residents and local businesses provide the majority of party funding each year, allowing more people to attend. Thanks to the continued generosity of GTP sponsors and donors, the tickets are offered at a significantly discounted price. Every donation to the Greenwich Town Party above $25 is matched by one generous donor. greenwichtownparty.org 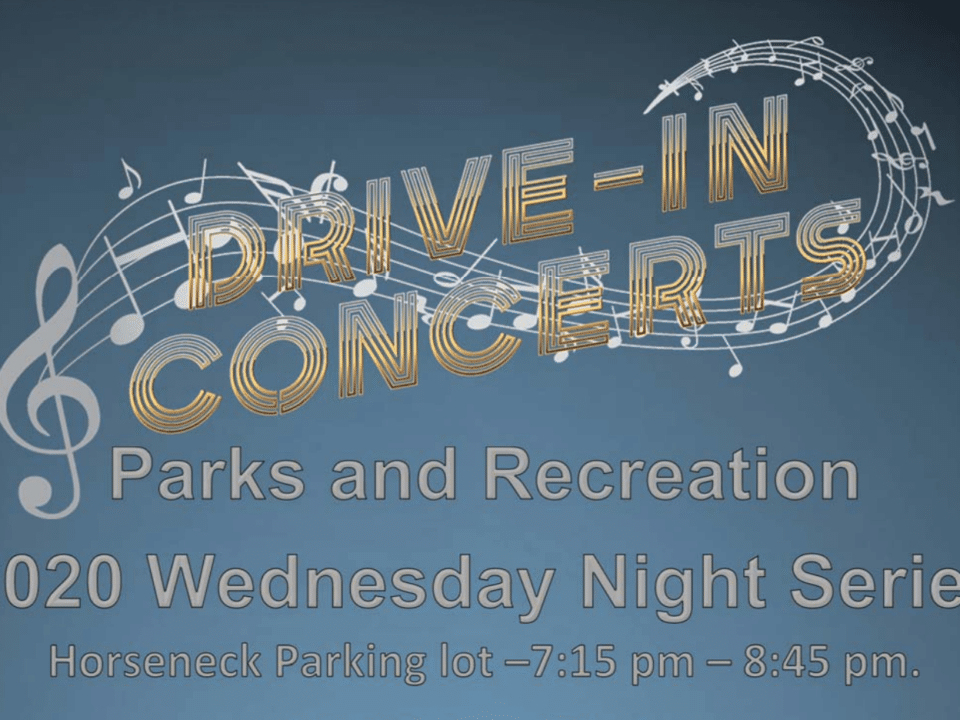 This Weekend In Greenwich December 6-8