Fireworks, concerts, outdoor movies and more!  There's plenty going on IN Greenwich, CT this summer. Plus all of the below events are free! 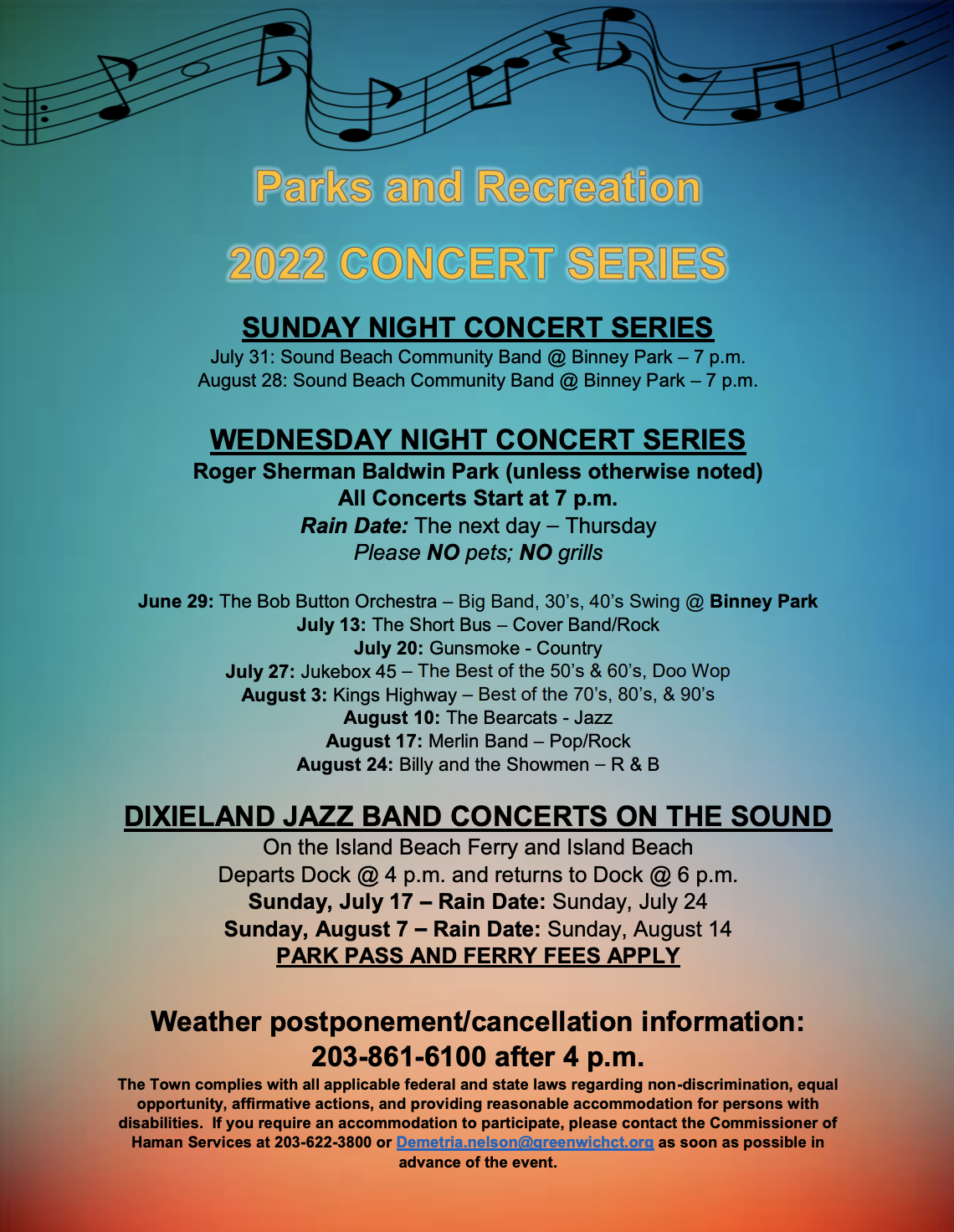 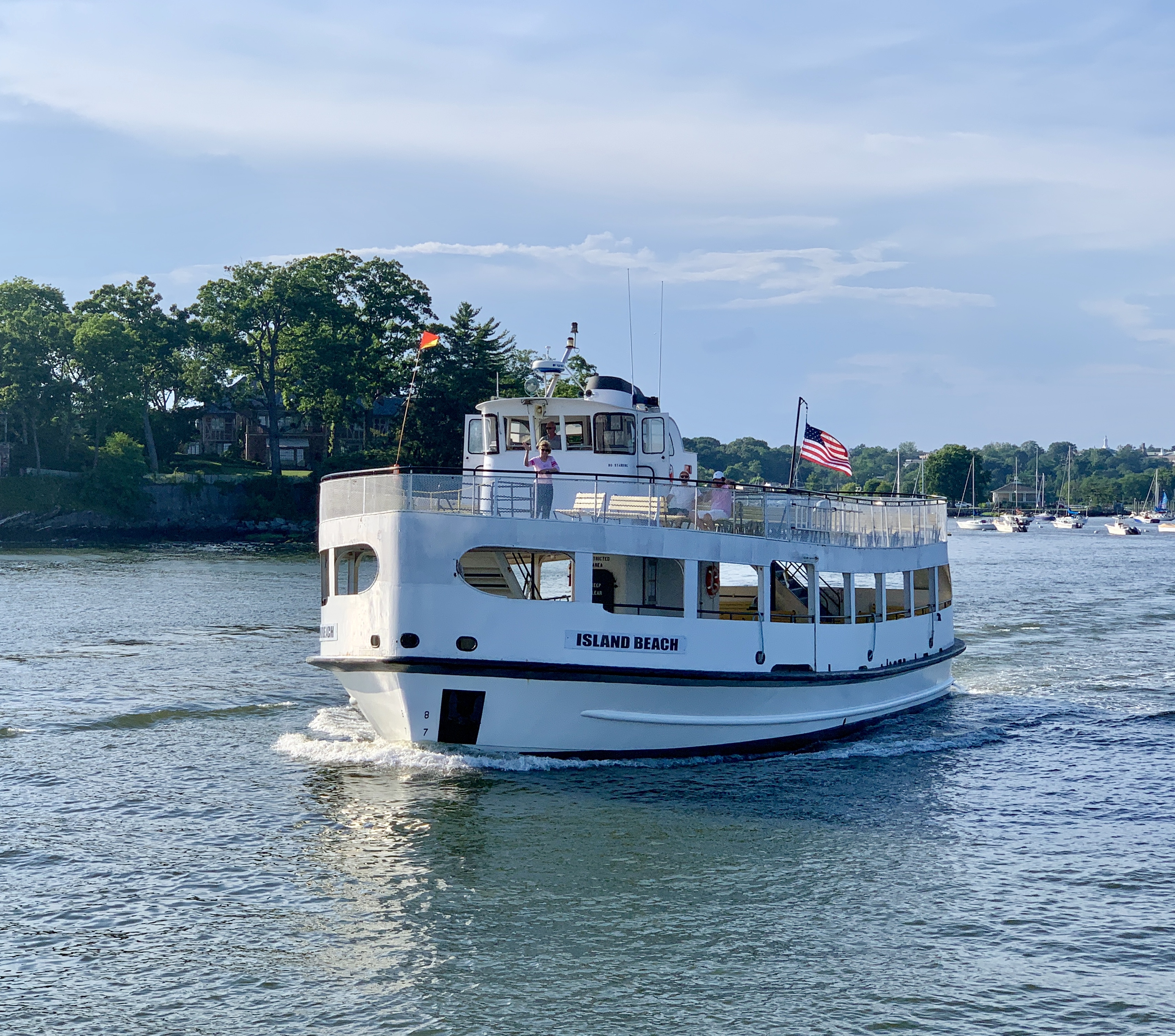 The Town of Greenwich Parks and Recreation's outdoor music concerts are scheduled throughout this Summer! Enjoy Wednesday night concerts at Roger Sherman Baldwin Park, performances by the Sound Beach Community Band and a Dixieland Jazz Band on the Island Beach Ferry.

No pets, no grills. For weather postponement/cancellation information call: 203-861-6100 after 4:00pm.  Cancelled concerts will happen the following day, Thursday.

Enjoy the Sound Beach Community Band on the mobile stage at Binney Park on these nights:

Hop on the Island Beach Ferry @ 4PM for a performance on the ferry, then on the Island, returning to the dock @ 6PM for these Sunday dates: 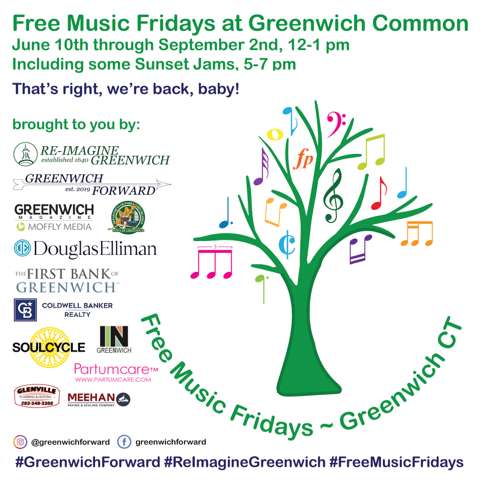 The “Free Music Fridays” series is back providing live music starting on June 10th.  Open to the public, every Friday this Summer from 12pm to 1pm at Greenwich Common enjoy free, live music plus new this year, some Sunset Jams from 5pm to 7pm!

The Free Music Fridays series, produced by Greenwich Forward, Re-Imagine Greenwich, and the Town of Greenwich Parks and Recreation, is in it's second year! Music will continue every Friday through September 2nd featuring a wide variety of local artists. 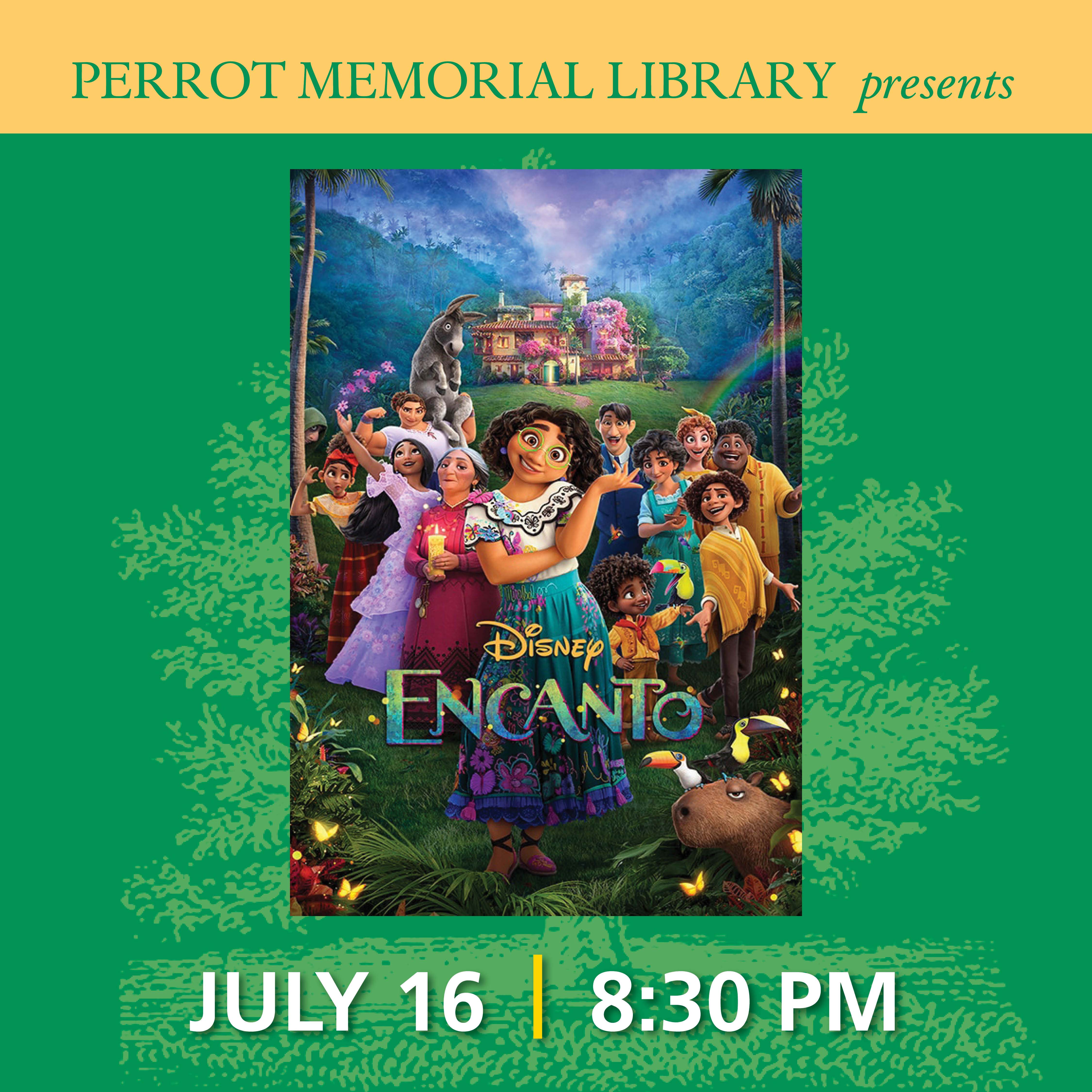 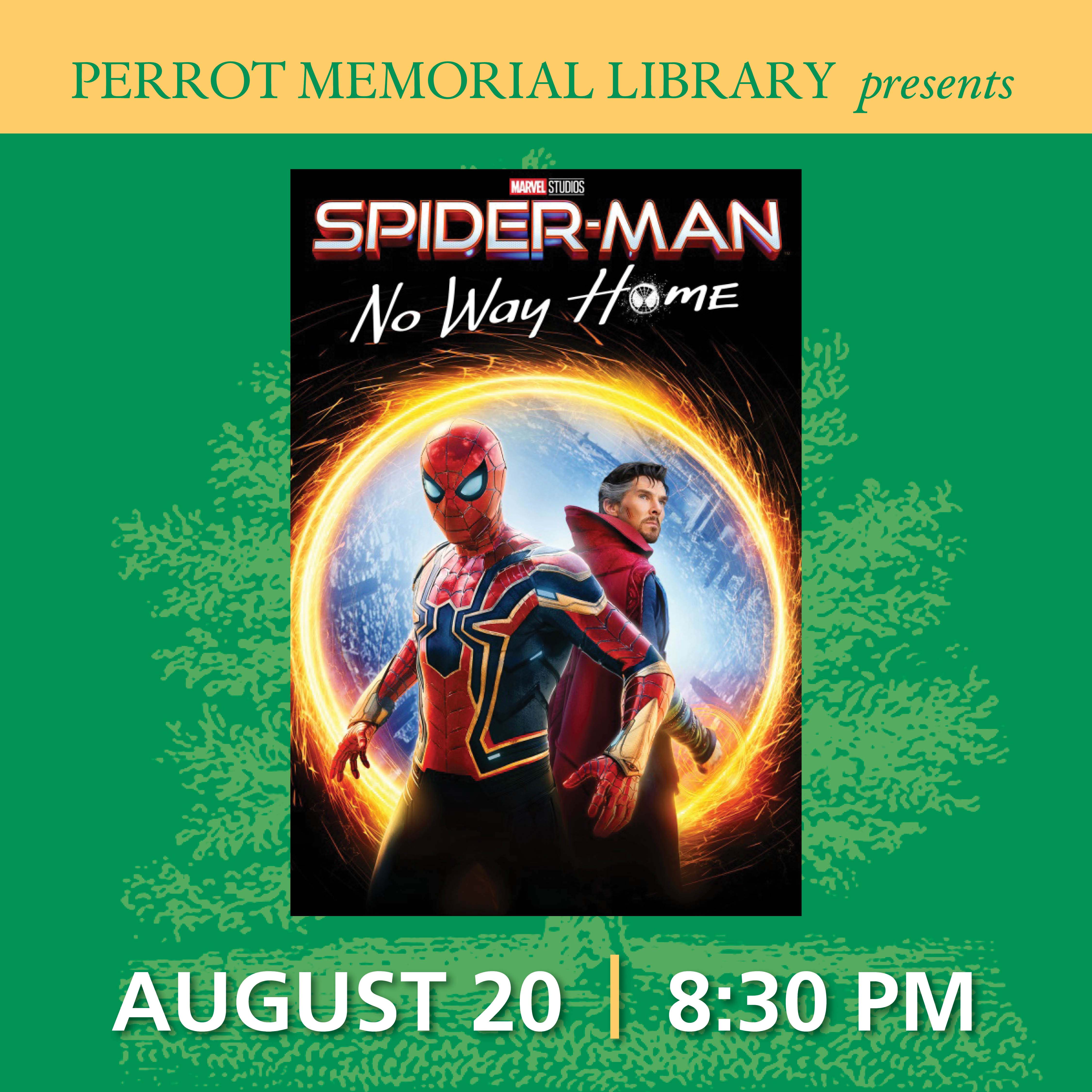 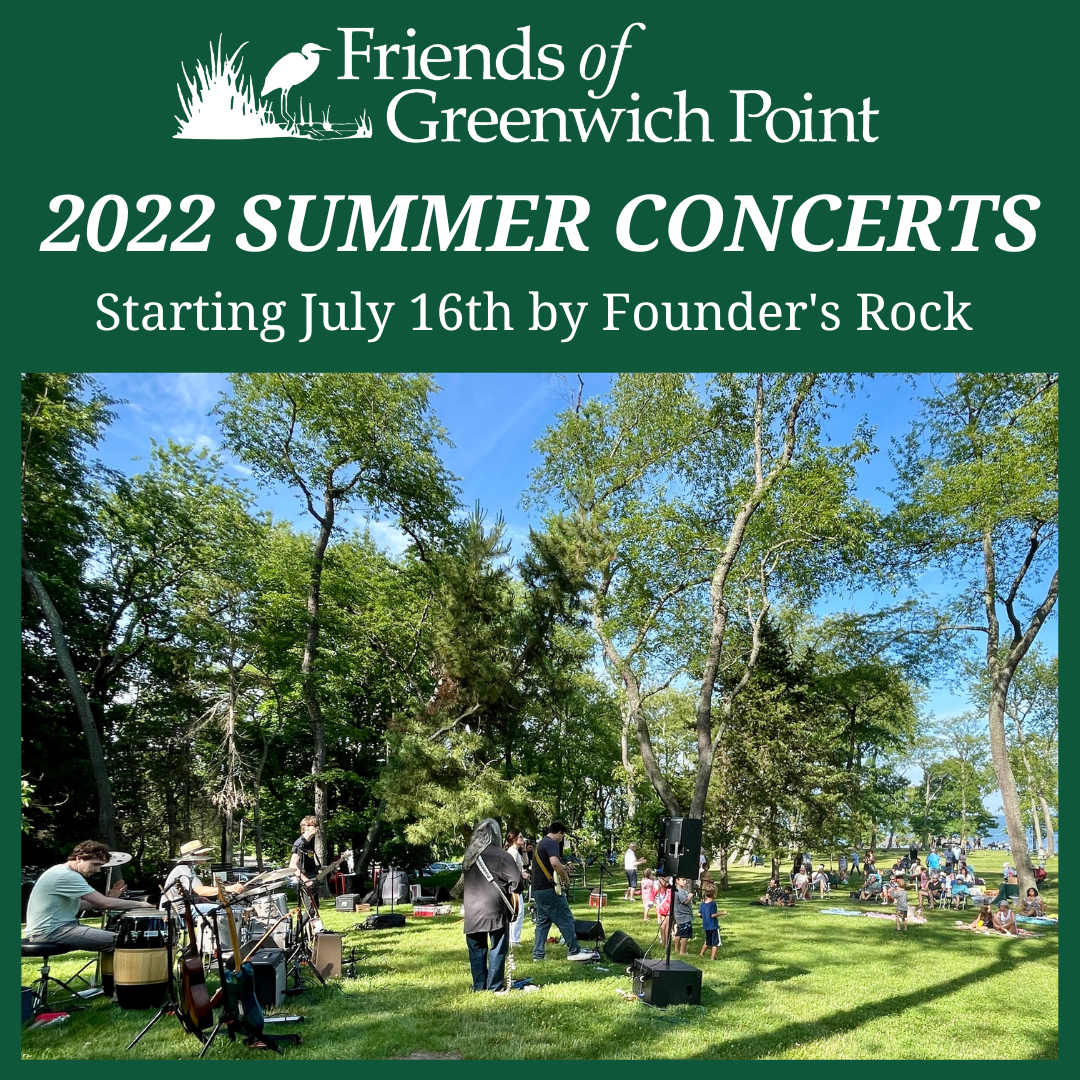 Don't miss the Friends of Greenwich Point Summer Concerts! From 3:30pm-5:30pm on select Saturdays, enjoy live music outdoors for free at the Point. The FoGP summer concert location is by Founders Rock at Greenwich Point - follow the music to the field above the second concession stand. This concert location is new since last year and is the perfect spot with plenty of space for attendees to relax, picnic, dance and explore.

The current 2022 concert schedule is: 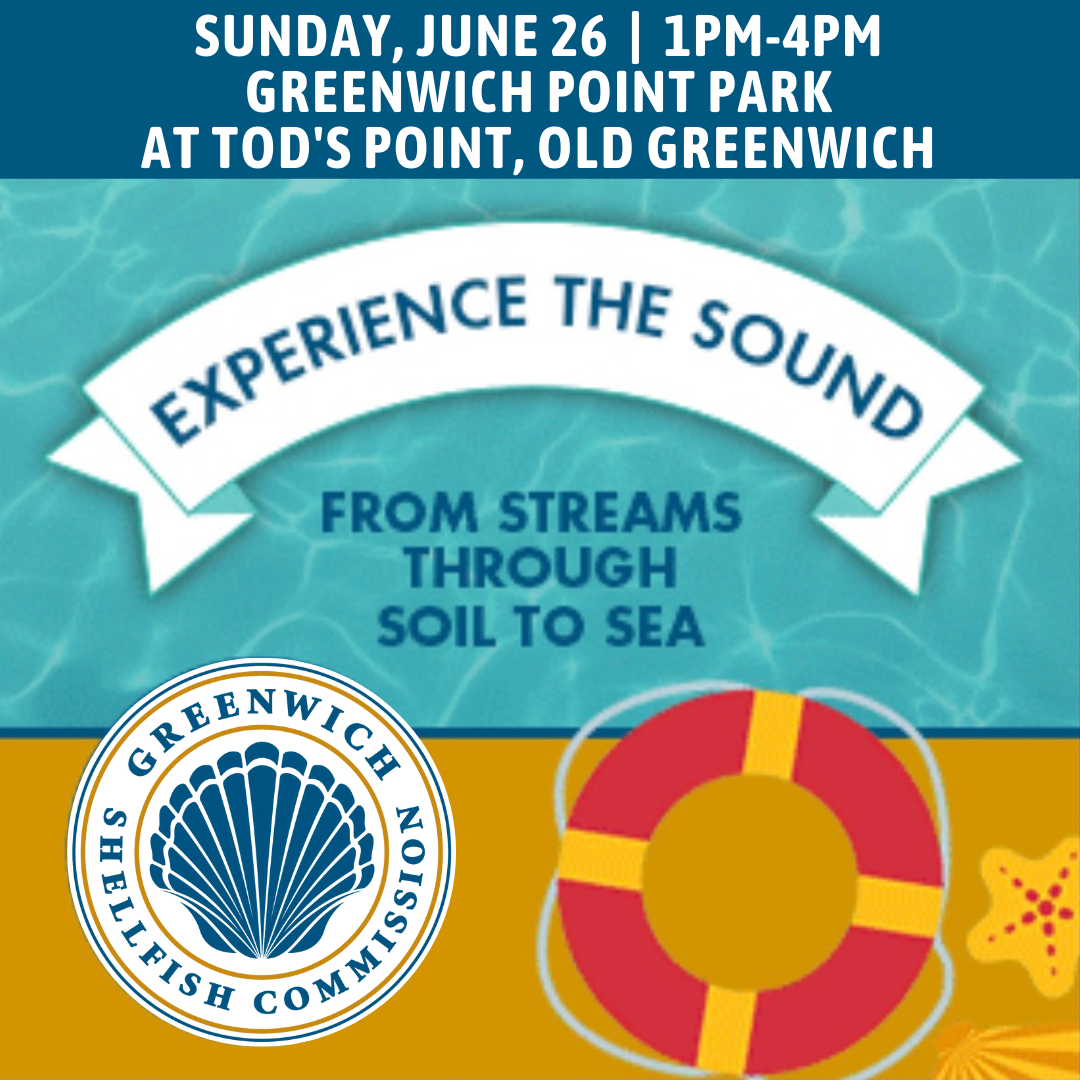 Returning after a “two year” hiatus, Experience the Sound 2022, will be held at Greenwich Point Park on Sunday, June 26th, from 1pm – 4pm.

This annual event introduces Greenwich residents and others to outdoor Greenwich marine sporting activities as well as the many conservation and environmentally focused organizations in our area.

The event is free to attend and activities and participants are located throughout Greenwich Point from the Innis Arden Cottage to the Old Greenwich Yacht Club.

June 26th is also the summer opening day of the Bruce Museum’s Seaside Center at the Innis Arden Cottage. 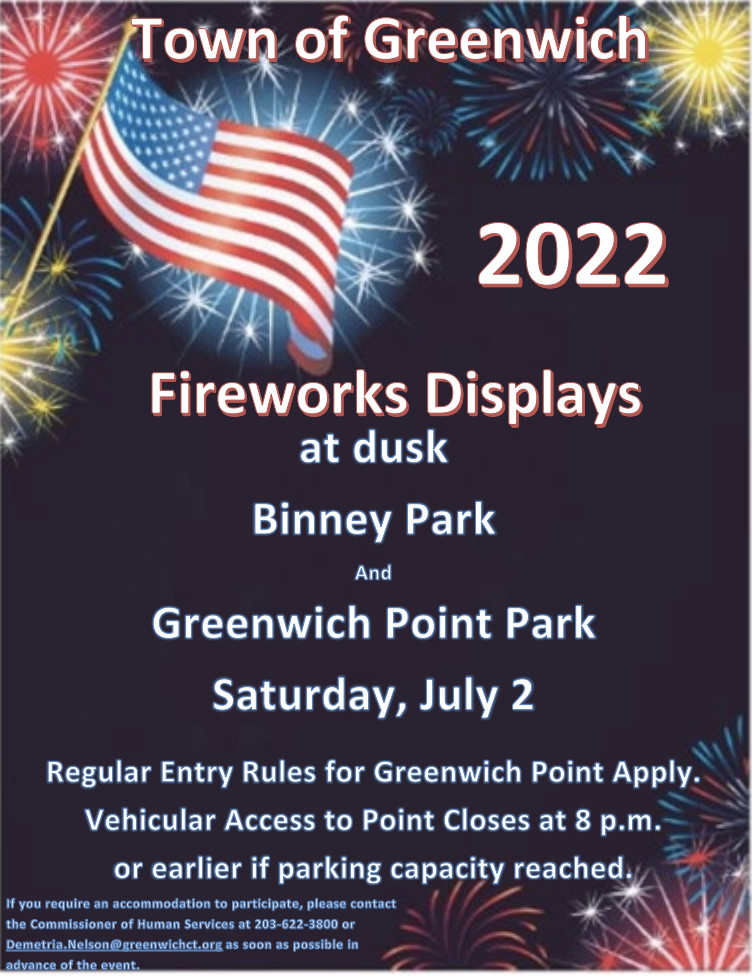 The July 4th Fireworks scheduled for July 2nd did not happen due to inclement weather. As they were unable to reschedule the fireworks for July 4th weekend there may be a fireworks show at the end of the summer (Labor Day Weekend).  We'll provide more info once we know more! 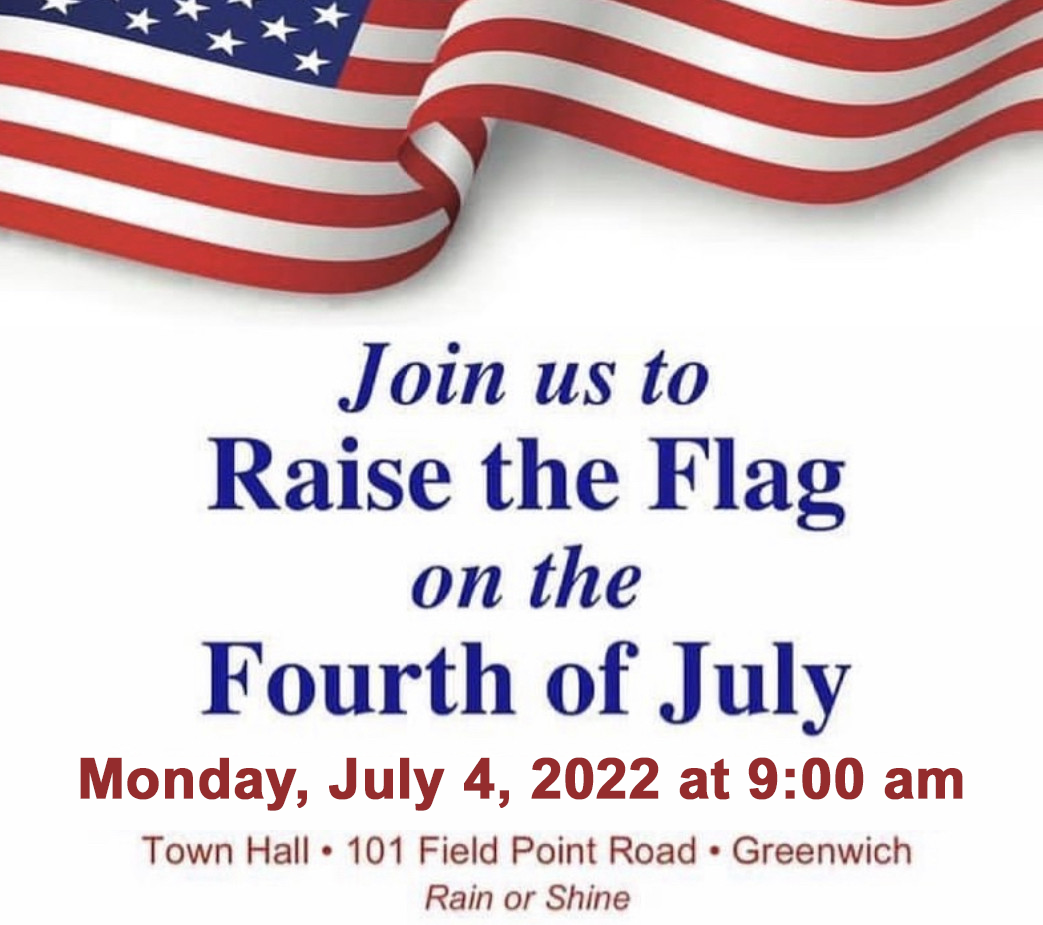 The Annual Greenwich Independence Day Ceremony will take place on Monday, July 4th at 9am at Greenwich Town Hall.
⋆ Help us raise the first American flag to celebrate Independence Day
⋆ Watch Greenwich Scouts parade the flags of the Thirteen Colonies
⋆ Salute Patriots who served in the cause of the American Revolution
⋆ Honor veterans and descendants of the early settlers of Greenwich
⋆ Follow the American Revolution to the Declaration of Independence
⋆ Celebrate the Women’s Suffrage Centennial and 19th Amendment
⋆ Recognize Good Citizen Award winners from Greenwich schools
⋆ Enjoy America’s birthday cake inside Town Hall after the ceremony 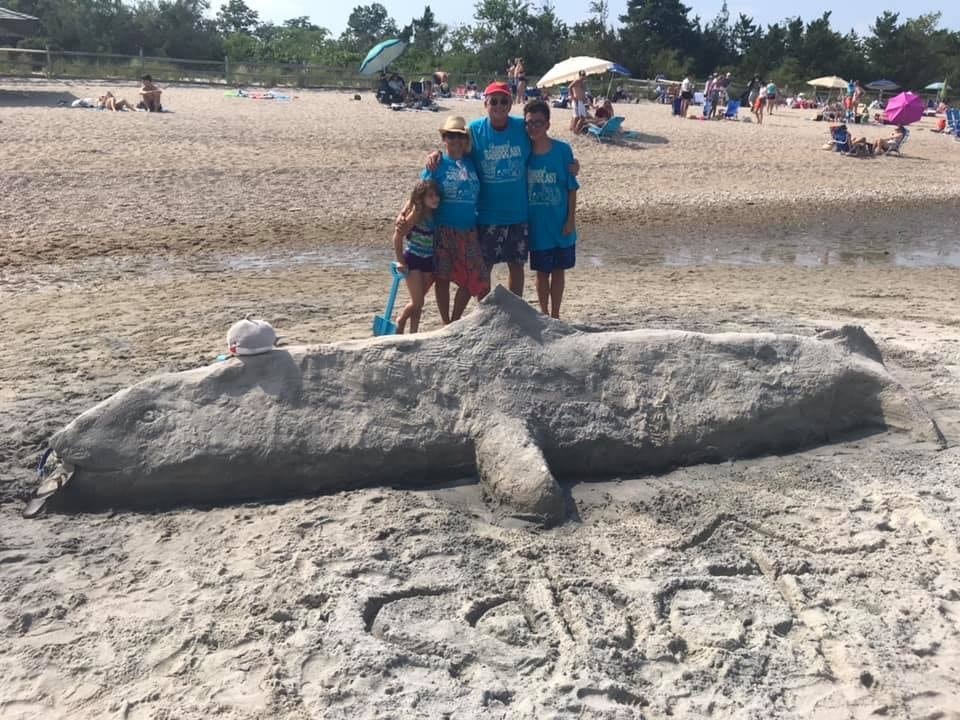 Enjoy a day at Greenwich Point Park while building a sand sculpture with your friends and family on Saturday, July 9, 12 p.m. – 3 p.m.

Bring your own shovel, sculpting tools and equipment. Any natural objects found on the beach may be used for sculptures. Judges will circulate at 2:30 p.m. to view all sculptures and hand out ribbons and prizes. 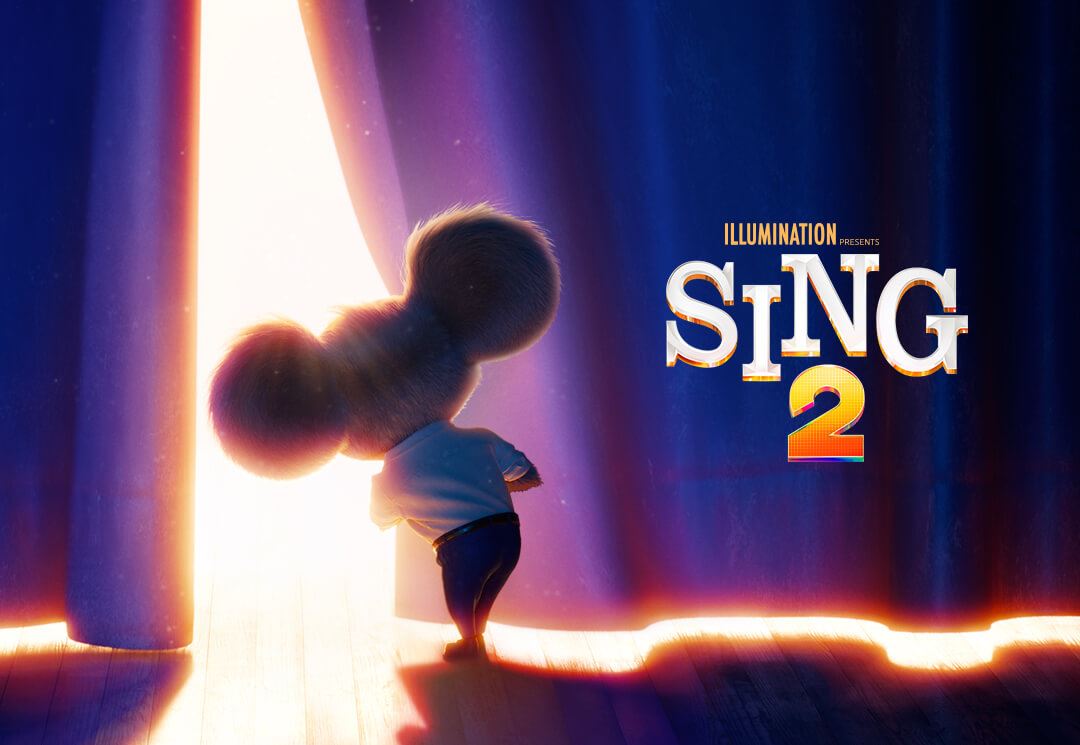